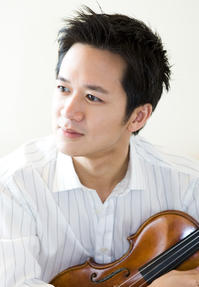 An outstanding violinist with virtuosic brilliance, Gregory Lee is currently Associate Professor of Violin at the University of Oklahoma and Concertmaster of the Oklahoma City Philharmonic. His success in competitions include the Special Jury Commendation Award of Michael Hill International Violin Competition and winner of the Geelong Advertiser Instrumental competition. During his time in Los Angeles, he was a regular member of the Pacific Symphony and Long Beach Symphony Orchestras. In addition, he also worked with the Los Angeles Opera Orchestra, Santa Barbara Chamber Orchestra, California Symphony, San Francisco Symphony and Australian Chamber Orchestra. He has also recorded for many Hollywood motion pictures scores at 20th Century Fox, Sony/MGM, Warner Bros, Paramount and Capital Records. From 2004 to 2007, he taught at Tunghai University in Taiwan, where he cultivated a number of talented young students, one of whom recently was accepted into the prestigious Curtis Institute of Music. In addition to frequent solo and chamber music performances, he judged numerous national competitions. Lee's concerto performances include the Bach "Double" Violin Concerto with violinist Cho-Liang Lin, Concertos by Dvorak, Paganini, Wieniawski, Beethoven Triple, Tchaikovsky and Bruch with various orchestras. He has also appeared on ABC's "Sunday Live" live radio broadcast in Brisbane. The Sydney-born violinist started his music study at Queensland Conservatorium of Music at the age of 11. He was later accepted to study with the renowned pedagogue, Dorothy DeLay in New York at the age of seventeen. Upon graduating from The Juilliard School, he received a fellowship to the University of Michigan, where he completed his Masters and Doctorate studies in Violin Performance with Paul Kantor. Previous teachers include Kerry Smith, Carmel Kaine and Naoko Tanaka. 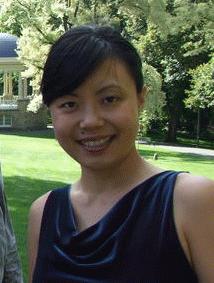 Winner of the Sydney International Piano Competition’s Best Australian Pianist Prize, Shan Deng is a well known Australian-Chinese pianist now working in Hobart. Her successes include winning the keyboard final of the ABC Young Performer of the year award, and representing the Arts as a national finalist in the Young Australian of the Year competition. Shan has also received Churchill and Fulbright fellowships to travel and study in the USA and South Africa.
Shan’s early music studies were undertaken in the gifted children’s program at the Central Conservatory of Music in Beijing. Studying with Leah Horwitz, she obtained her Bachelor of Music at Queensland Conservatorium Griffith University with first class honours and a university medal. Shan then completed a Master of Music, with a scholarship at Manhattan School of Music, where she studied under Professor Phillip Kawin.
Concert demands have taken Shan around the world, and she has performed in Australia, Asia, the USA, South Africa and Europe. She has toured overseas as a soloist with the Queensland Philharmonic Orchestra, and has appeared with all the Australian Symphony Orchestras. Shan has been featured in numerous Australian, Chinese and South African radio and television programs.
In 2001 Shan accepted an appointment at Conservatorium of Music, University of Tasmania, where she is currently Lecturer in Piano and co-ordinator of the keyboard department. Shan is in demand around the world as a concert artist, teacher and adjudicator.