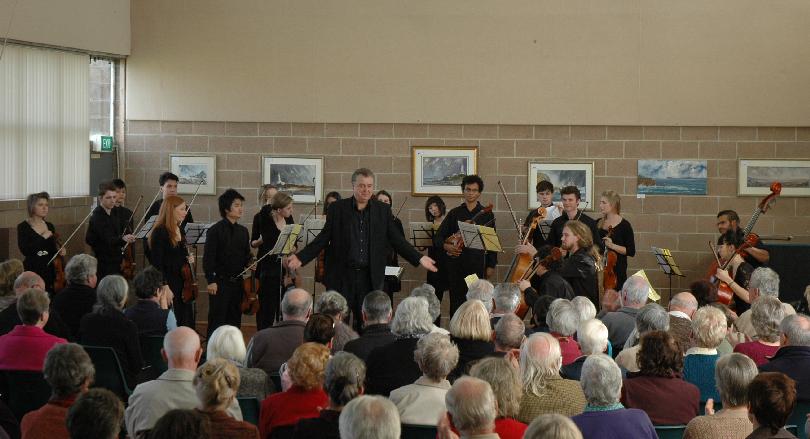 Jan Sedivka was born in Czechoslovakia in 1917. After a period of teaching and performing in England he moved to Tasmania in 1966 and was Director of the Conservatory of Music from 1972-82. Renowned as a violinist, Jan Sedivka was one of Australia's most influential and innovative music teachers, making an immeasurable impact on many musicians throughout his life. The Jan Sedivka Camerata was formed in 2009 to pay tribute to Jan Sedivka, keeping his legacy alive. Since its formation the Camerata have performed regularly at the Conservatorium of Music and have presented successful tours of Tasmania.

For this concert the Camerata will consist of 14 violins, 4 violas, 6 cellos and 2 double basses.