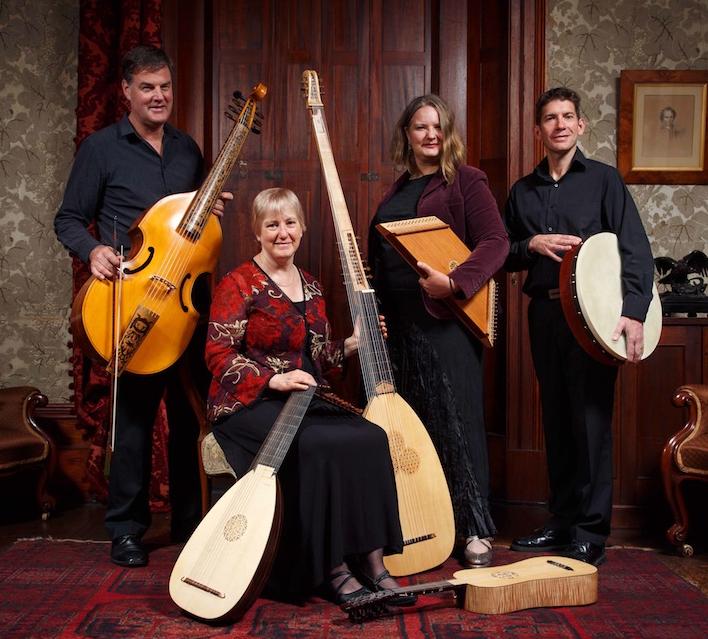 Susan King initially studied lute at the Sydney University Conservatorium of Music, later on furthering her study with Jakob Lindberg, Claire Antonini, Hopkinson Smith and Nigel North. After living in Europe Susan returned to the beautiful island of Tasmania in December 2011. She frequently travels Australia, New Zealand and overseas giving concerts. Susan first formed Nuove Musiche Ensemble in November 1986 while a student at the Sydney Conservatorium. Over a period of 4 years the group gave many concerts, radio broadcasts and recorded a CD. In 2012 Susan re-formed Nuove Musiche Ensemble in Hobart, Tasmania. Susan's website is www.susanjking.com

Helen Thomson, whose singing was described by Limelight magazine as “exquisite, near-flawless performances” has worked internationally as a performer, composer, sound designer and musical director. In Australia, she has performed with the Song Company and e21, and, during an eight year stint in Europe, with Amsterdam Baroque Orchestra and Choir, the Netherlands Bach Society, the Egidius College, the Netherlands Radio Choir, Trigon, Musica Poetica and Musica Universalis. Since her return to Australia in 2011, Helen has continued her busy singing career with many performances, TV and radio appearances, while still finding time to direct two local choirs. Helen's website is http://qvocal.wordpress.com/