Originally known as the Tasmanian Conservatorium Chorale, The Tasmanian Chorale was founded by Eddie Talbot in the 1970s. The chorale separated from the Conservatorium around the year 2000 and is now an incorporated body. It is a self-funding, Hobart based choir, of around 40 auditioned singers. The Chorale is firmly committed to a high standard in performance of choral music, and schedules major concerts each year. Its repertoire covers a wide range of choral music from larger works with orchestra to smaller works both accompanied and a cappella.

Jamie Allen - Conductor and flautist. Jamie studied at the New South Wales Conservatorium of Music in Sydney and Newcastle. He finished his studies in flute with High Distinction and began a freelance career as and orchestral player and teacher.

Jamie became attracted to singing and set about training as a tenor. An audition with Opera Australia was successful and he was offered the role of one of the apprentices in Richard Wagner's Die Meistersinger von Nurnberg, as well as a permanent position in the chorus. After winning the Australian Singing Competition and the Remy Martin Opera Award, Jamie was made young artist with Opera Australia where he performed roles such as Benedict in Beatrice and Benedict by Berlioz, Rodolfo in La Bohème and Pinkerton in Madame Butterfly by Puccini, Max in Der Freischutz by Weber, and Orpheus in Orpheus in the Underworld by Offenbach. Overseas work has included the role of Nadir in the Pearl Fishers by Bizet, in Sri Lanka, and Seva in Jenufa by Janacek for the New Zealand Opera. Presently, Jamie is musical director of both St. Mary's Cathedral Choir and The Tasmania Chorale. 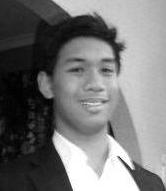 Melfred Lijauco(piano) was born in Hobart in 1994 and began studying piano at the St Cecilia School of Music (SCSM) in 2001, and then the violin the following year. His first public performance was at the age of six. Since then he has achieved outstanding success at both the Hobart and Clarence Eisteddfods and has been awarded multiple major, prestigious awards and scholarships.

Melfred regularly performs in local and national music productions, along with ensembles including the Australian International Symphony Orchestra Institute. Recently, he had the opportunity to perform overseas as a guest artist at the Adventist University of the Philippines. Melfred is presently undertaking the Bachelor of Music at UTAS Conservatorium. He is currently the accompanist for both the Tasmanian Youth Chorale and The Tasmanian Chorale.